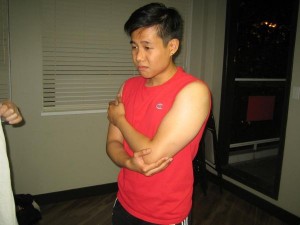 on either the hands or the feet. This abnormality of the body is sometimes unaccompanied by any symptoms or other diseases. It may or may not be inherited. Interestingly, among all ethnic groups, it is usually in African American ethnic groups where the 6th finger is usually passed down in families. Some famous people with a sixth finger on either hand include Bond Girl Gemma Arterton and King Henry VIII’s second wife, Anne Boleyn.

The hand has three main divisions: wrist, palm and fingers. However, for this article, the main focus will be on the fingers. Of the three divisions, the fingers are the most prone to injuries. Although the fingers are composed of ligaments, tendons and bones, the pull of the muscles in the forearm on the tendons allow for locomotion.

The functions of fingers include grasping, touching, and inserting. The fingers enable us to interact with the environment. They allow us to type, dial, text and play the guitar. Their functions are countless, which is why they are also easily injured from every day activities. These injuries can range from minor bruises to broken bones to dislocation of the joints.

Oftentimes, there is an immediate and sharp pain felt after trauma on the very site of the injured fingers, thus it is evident when the fingers are broken. Sometimes, the deformity in the fingers is obvious. At times, when one is unsure if the finger is broken, the finger is bent to be tested. If the finger is fractured, it will be very painful. However, if the finger is still capable of same range of motion and is only characterized by dull pain, it does not necessarily mean that the finger is not injured. Some injuries may cause more pain than the others, depending on the stability.

Furthermore, after several minutes have passed, there is swelling and redness present on the finger. Due to the increased swollenness of the finger, it will be stiff and immobile. Sometimes, the adjacent fingers may also swell. Bruising from released blood may be observed, especially if the fracture is severe. Numbness may also occur if the swelling gets too massive due to the compressed nerves in the fingers.

It is necessary to immobilize the injured finger to prevent further damage. To do this, create a splint. A Popsicle stick or pen may be utilized. Tape may be used to wrap the finger with the splint. To reduce swelling, ice may be applied to the injured finger. However, it should not be directly applied to the skin. Ice should be wrapped around a towel or any item of clothing.

Even if one is unsure whether the finger is just injured or broken, medical attention must be brought to the injury, but only after administering basic first aid. First aid training teaches the community how to act in medical situations such as broken bones, poisoning, and many more. Moreover, the advantages of administering first aid can reduce risks of worsening injuries and infections.